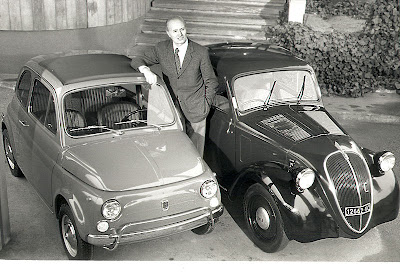 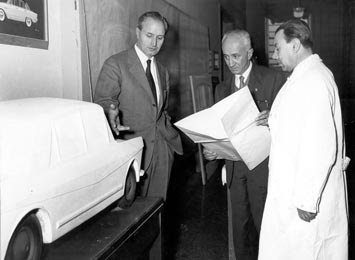 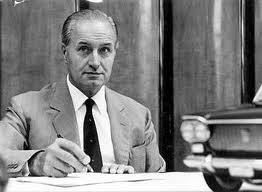 Dante Giacosa (January 3, 1905 - March 31, 1996) was an Italian car designer. His work covered a large range from minicars to sports cars, using all the different layouts as and when they were the best solution at the time to meet the design parameters.
Born at Rome, where his father was undertaking military service, Giacosa's family roots were in Neive on the southern edge of Piedmont. He studied engineering at the Polytechnic University of Turin until 1927. After completing his compulsory military service he joined Fiat in 1928, at first working on military vehicles and then in the aero engine division. The director of the aero-engine division was Tranquillo Zerbi, designer of Grand Prix cars for Fiat. In 1933 when work commenced on the Fiat 500, the director of the aero-engine division was Antonio Fessia. He had sufficient confidence to entrust the design of all the mechanical components of the car including the chassis to Giacosa. Giacosa was engineering manager at Fiat by 1937 and he had become director of the engineering division of Fiat by 1950. He retired from his full time position with Fiat in 1970, but retained close association with the company courtesy of a position which translates as "Consulting Engineer to Fiat's Presidency and General Management and a Company's Ambassador with National and International Organizations"[1]. Following his retirement he wrote several volumes of memoirs concerning his professional life.
Giacosa served as President of FISITA, the International Federation of Automotive Engineering Societies, from 1967 to 1969.
He died in Turin in 1996.


His economy and light car designs 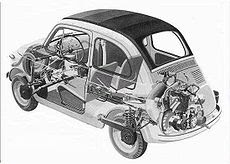 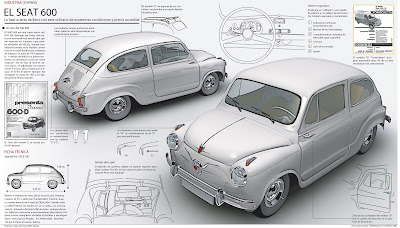 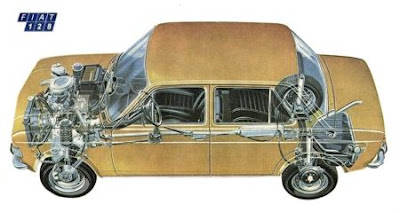