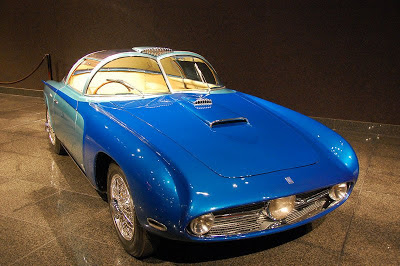 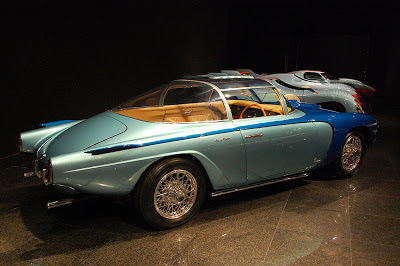 Enrico Nardi (Bologna, 1907 – 23 August 1966) was an Italian racing car driver, engineer and designer.[1][2][3]
He worked at Lancia between 1929 and 1937 as a truck engineer, racing car driver, and later, advisor to Vincenzo Lancia. He was moderately successful as a driver by 1932,[4] when, with Augusto Monaco, he created the Nardi-Monaco Chichibio.[5]
Nardi himself also competed in Mille Miglia, sharing a Fiat 508 Balilla with J. McCain in 1935 and with M. Trivero in 1936, as well as a Lancia Augusta Berlina with Vittorio Mazzonis in 1937, and aLancia Aprilia with P. U. Gobbato in 1938.[6]
Working at Scuderia Ferrari from 1937 until 1946, Nardi became known for setting up the Fiat 508 (chassis for the 1940 Auto Avio Costruzioni 815), and doing the development work following Massimino's design;[5] he also co-drove an 815 with owner Lotario Rangoni in the 1940 Mille Miglia.

After World War II, he and Renato Danese established a workshop in Via Vincenzo Lancia, Torino, building racing cars, prototypes and small-series special designs.
Nardi himself raced the monoposto (one-seater, or GP type), in Coppa d'Oro delle Dolomiti hillclimb, winning in 1947 and 1948). It was also entered by three drivers in the 1952 Targa Florio, but failed to finish.

His own workshop was established in Via Lancia (1951), focusing on prototypes and tuning equipment. Amongst the prototypes were:
Ufficine Nardi ceased to work with car prototypes in the mid-50s and specialized in speed-enhancing parts such as manifolds, crankshafts, camshafts. It has become most known for the Nardi steering wheel, initially (in 1951) using walnut but mostly using African mahogany wood. The Nardi wheel was first fitted to a 1952 Pegaso.[15]
Nardi died from blood poisoning from exhaust gas,[16] after which his ufficine was run by Barbero (1966–69) and Iseglio. 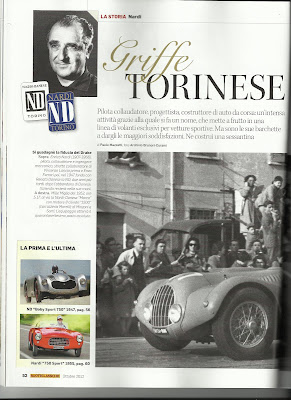 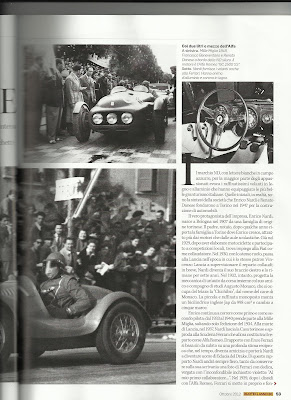 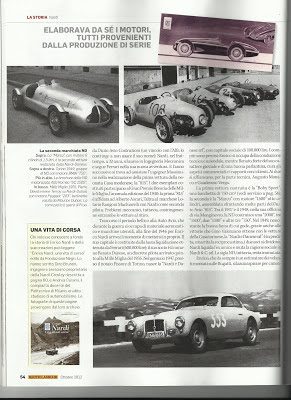 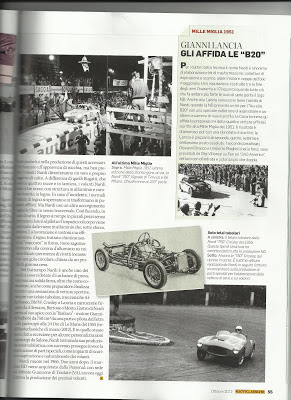