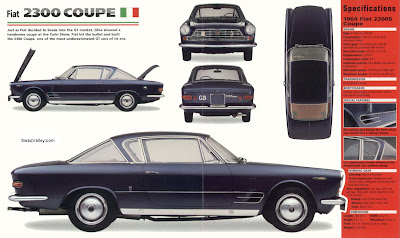 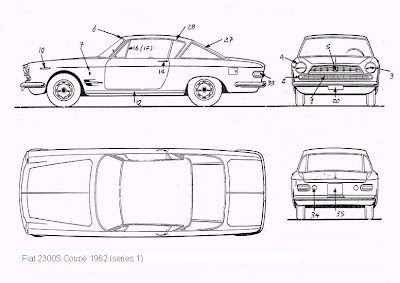 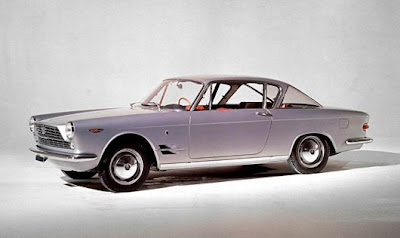 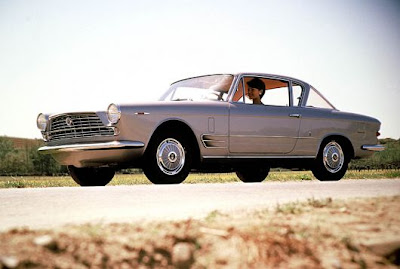 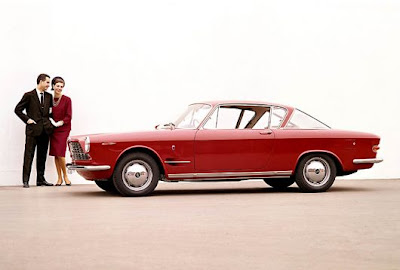 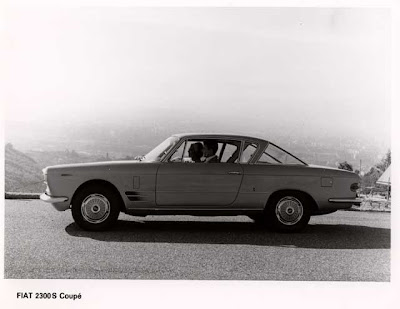 Fiat who were looking for an up-market performance car to use to enter the GT market in the early 1960's,  told Ghia "No you're not. We are".  Whilst nobody seems to know the details of the deal, Fiat ended up with an arrangement where they supplied the floor-plan and some  body pressings to Ghia (in 2300 form) and Ghia supplied and fitted their body at the OSI Factory (this car thus becoming the biggest Ghia production in history).
The engine, in common with most Fiats is the heart of the car. Abarth modified Lampredi's  superb design  by the addition of a second twin-draft Weber carburetor and a "hotter" cam-shaft to lift the engine from its standard  105 bhp rating to 136 bhp. The performance, combined with the beautiful induction roar and exhaust sound, soon gave birth to the car's nickname "The poor man's Ferrari".

Abarth's work however did not give rise to  "super-performance". The sheer weight of Ghia's coach-built body (curb weight nearly 2,900 lbs.) was to keep the 0-60 mph time to around 10 seconds. The real strength of the car was to allow it to cruise all day at 100 mph in comfort, in true "Grand Tourer" style.
Carlo Abarth did however take the engine a stage further. In 1960, he bored out the block slightly from 2279 cc to 2323 cc, fitted three (40 DCOE) twin-choke Webers,  increased the compression ratio from 9.3:1 to 9.8:1, fitted a hotter camshaft and re-routed the exhaust through a swept manifold and separate lines. Net result of these modifications was an increase in power to (Rainer advises) some 210 bhp and a corresponding top speed in excess of 130 mph.
With this  car, he set a whole new bunch of endurance records, the most significant being the 72 hour endurance. The "Big Healy" 2000 had held that record of 95mph for about 4 years. Abarth smashed it by turning in 112 mph. By today's standards those speeds, whilst significant, are not out-of-the-ordinary. In the early 60's, they were something else, and today still impressive for the size of the engine.

Nobody knows for certain how many coupes were made as the chassis numbers were not segregated between the saloon cars and the coupes. Best estimates are around 7,200 coupes hit the streets. A small percentage of those were the basic 2300 coupe (with single carb and standard engine), but as the price differential between the 2300 coupe and the 2300s coupe was so small, people did not buy the 2300 basic version and that line was discontinued after a couple of years. 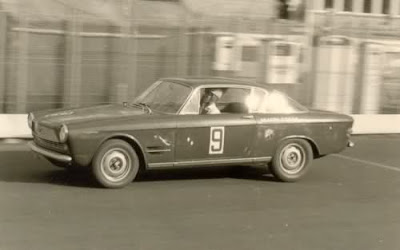 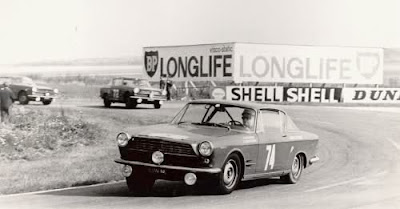 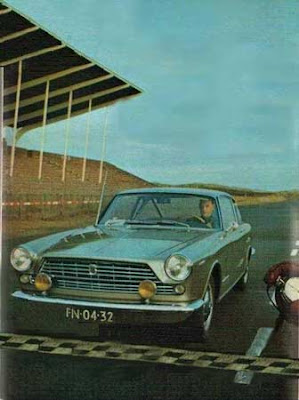